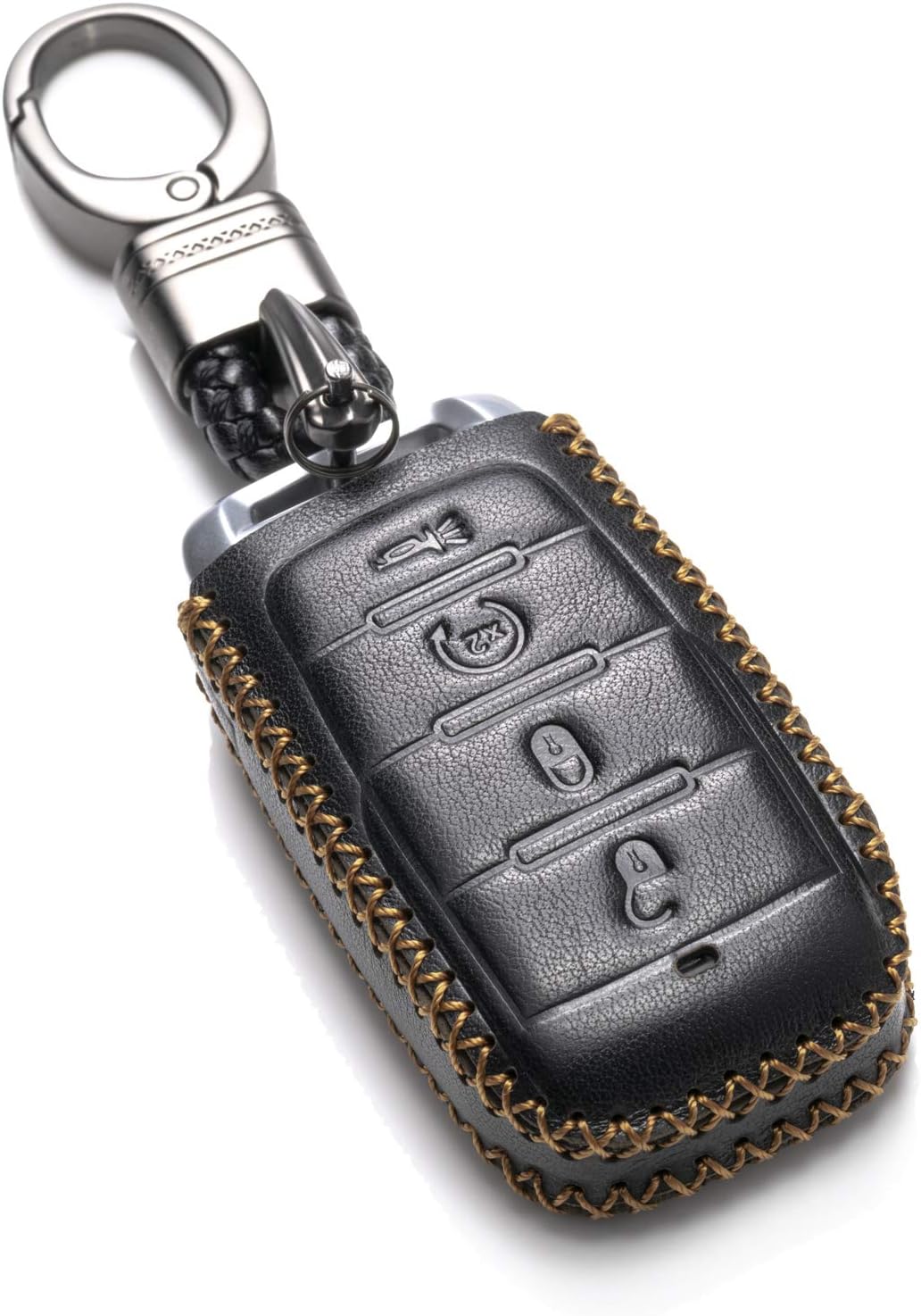 
This Leather key case by Vitodeco is the perfect way to provide full protection and fashion to the smart key of your vehicle. It is constructed from durable, high quality materials, with vibrant colors that are easily cleaned with soap and water.